Home / Blog / The rise and fall of Debenhams: What can new entrepreneurs learn from their strategy? 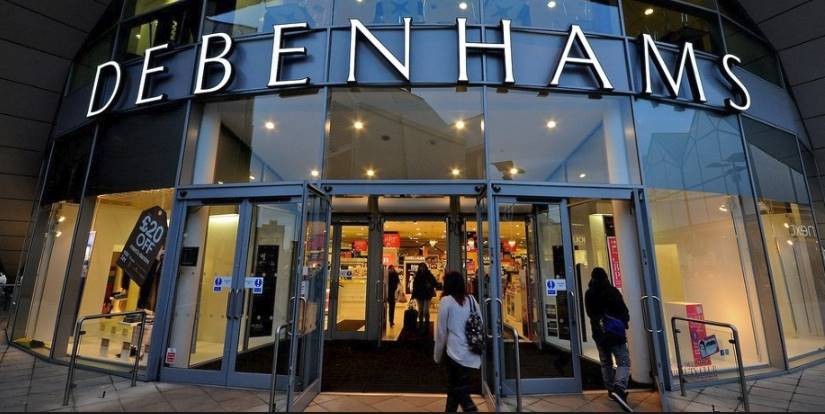 Debenhams is a traditional UK-based department store and was first established in the 18th century.

The retailer has had a rocky history at times and in 2018 announced a profits slump of about 85%, which was blamed on lack of trade during the winter bad weather in the early part of the year and a “profound change” in consumer shopping habits.

The retailer is taking a step back to review its situation but will be cutting the size of at least 30 of its department stores over the coming months.

The trading period in which Debenhams experienced such immense losses was the six months leading up to 3 March 2018.

When the so called “beast from the east” bad weather hit the UK, Debenhams had to close 100 of their stores due to staff shortages and freak weather conditions. The 2018 profits warning comes on top of poor sales over the Christmas period too.

Very much of Debenhams turnover relies on clothing sales and some of the design collections usually housed within the stores are to be terminated, including John Rocha and Jeff Banks.

The retailer is contemplating other areas it could move into, including hair salons and adding restaurant franchises. One piece of good news for the retailer for this trading period is that online sales rose by over 9%.

Online discount codes are one way consumers are saving with Debenhams and taking advantages of reductions across the entire range of products.

What new entrepreneurs can learn from the Debenhams’ profits warning

Entrepreneurs starting a retail business at this time can take a few valuable lessons from the Debenhams profits warning.

One major lesson is that physical bricks and mortar stores come with long leases, and getting out of a lease during a bad patch can be tough. Another lesson to learn is that relying on fashion brands to provide most of the business profits can be fatal, if poor buying decisions result in low sales over a long period of time.

Retailers need to be on the ball and keep a watchful eye on market trends and one of the long term consumer buying trends that doesn’t seem likely to stop in the near future is that customers like buying products online.

The fact that Debenhams digital strategy seems to be working well is a promising lesson to take away from this announcement.

Business owners in the retail industry know how hard it's been in America lately because of the first pandemic in over 100 years. With Covid-19 … END_OF_DOCUMENT_TOKEN_TO_BE_REPLACED

Your business means a lot to you.You started it.  You may have even conceived of the entire concept. It may be, in many ways, original to you.  One … END_OF_DOCUMENT_TOKEN_TO_BE_REPLACED

SEO and social networking best practices to increase your traffic. Building and developing your blog or website (click here to see how this works … END_OF_DOCUMENT_TOKEN_TO_BE_REPLACED