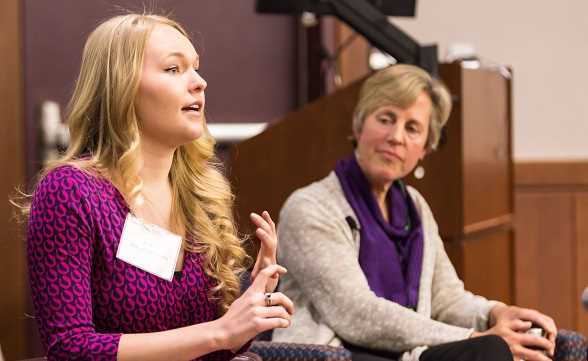 Cosmetics without the toxins

It’s always exciting when a high school student—perhaps your daughter, a neighbor, a niece or nephew—gets excited about something he or she is learning.  Maybe it’s not even for school but something that jumps out at her or him in a book or web article.  For Ava Anderson, when she was but fourteen, it was the harmful chemicals used in cosmetics.

The future founder of avaandersonnontoxic.com was drawn in and compelled to research more.  She became outraged at how little consumers knew about what was in the products they were rubbing into their scalps or brushing onto their skin.

A company with a mission

Therefore, for Anderson, there wasn’t much question what kind of company she might start.  She didn’t scope for an opening in the market, try to find a problem to solve along the lines of having to get off your couch to turn off a lightbulb or having some mp3s on one device and others on another.  Instead, her social concern led the way, and she founded Ava Anderson Non Toxic in 2009.

Her mission was to make cosmetics without metals, parabens, triclosan, and oxybenzone, and any chemical that acts either as a carcinogen or is harmful in other ways.  The products we use commonly contain these poisons that are linked to serious organ diseases and other serious health problems.

So she started a company using safe and natural products such as radish root ferment, rosehip, pomegranate seed oil, organic purple carrots, etc.  It’s simply amazing how Anderson and her manufacturers were able to find substitutes for toxic chemicals.

The company grew and grew and Anderson and crew began developing products to meet many different needs.  She organized her lines simply and displayed them simply on her website: ava Face, ava Men, ava Kids, even ava Garden.

The business model revolves around direct sales, with Anderson and her mom, Kim (the company’s president) educating an army of consultants nationwide.  Fans and devotees can host an AvaHour, during which they educate their friends on the non-toxic products.  The things the business have been doing are working.  Really working.  2015’s projected revenues are 25 to 40 million.

Anderson started her company before she was legally able to sign contracts, and had her parents act on her behalf.  Her under-25 story is refreshing in that it didn’t involve a Silicon Valley startup.  She spent absolutely no time coding in a hoodie with ten belching friends amid towers of pizza boxes.  I mean, not that there’s anything wrong with that.

But she seems to have never wanted to be the next rock star prima donna who gets into scrapes with his pals and fights public twitter wars.  Her mission has always been clear and based on deep-seated convictions.  Those are all pretty admirable right?  Businesses that are ends unto themselves are always good.

The exterior of your home plays an essential role in making either a good or bad impression. For instant curb appeal to buyers and visitors, you need … END_OF_DOCUMENT_TOKEN_TO_BE_REPLACED

For any business that has already invested in a blogger outreach campaign, were you able to reach your goals this year? How confident are you that … END_OF_DOCUMENT_TOKEN_TO_BE_REPLACED

It has been proven with time that we are what we eat, read, think, and how we spend most of our time. With time, we have witnessed the famous … END_OF_DOCUMENT_TOKEN_TO_BE_REPLACED