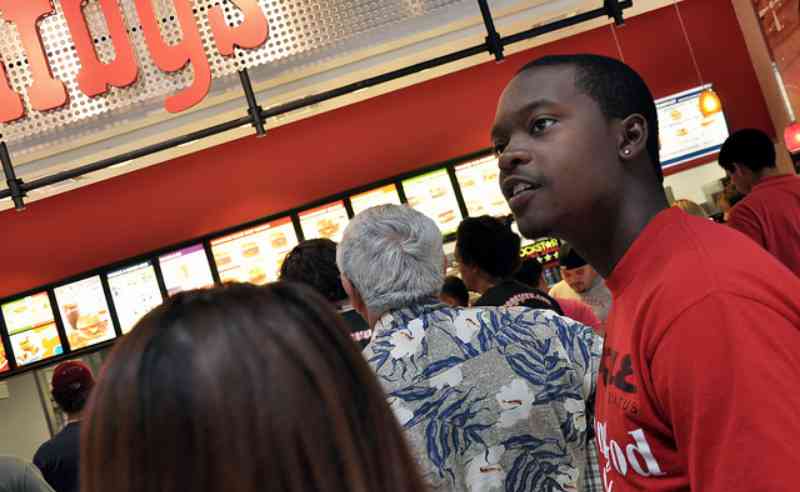 The names of many well-known companies are institutions.  We throw them around and they roll off our tongues effortlessly.  The less we think of them—at least according to one line of thought—the more successful they are, not calling attention to themselves, not calling for some explanation.  If a name somehow becomes the company it represents, somehow melding into its essence, it’s a good name.  If you’re about to start a company and are considering its name (or if you just have a good healthy curiosity), you’ll be interested to know the origins of the names of 10 big companies.

It’s not American’s Roast Beef, Yes Sir.  But, why not?  Forrest and Leroy Raffel started their first roast beef restaurant at the end of the 50’s.  When they incorporated, they went with R.B. for Raffel Brothers.  Their first store under the moniker Arby’s opened its doors and heart in 1964.  Isn’t Arby’s just fun to say?  Raffel Brothers wouldn’t be a bad place to go for a sandwich, either, but it probably wouldn’t convey a casual mood.

Nolan Bushnell’s brainchild got a name after one of his loves, a chess-like game called Go.  Atari is a Japanese word for the point when you’re about to capture your opponent’s pieces.  I know I’d never questioned it before—it sounds like adventure and whimsy, perfect for a video game system.

The founder of this real estate firm had a toddler-aged daughter who had wooden block among her toys which was heavy and red.  When it was time to name his company, he named it Heavy & Red Block, but when this didn’t fit on business cards, he shortened it to H&R.

No, I just made that up.  Rather, Henry and Richard Bloch founded the company and decided to go with the “k” so people wouldn’t pronounce it “blotch.”  Now, a lot of people wouldn’t want to alter the spelling of their last name, but the spelling that recalls an everyday object packs a bit more punch than the original.

Did you know that the rhebok is an African antelope?  To American eyes, the spelling of the work is a bit clunky, whereas the two e’s add a sleekness befitting a running shoe.

The value of a share in this company is a thousand starbucks.  Again, making things up.  Those of you who dated English majors in college may know that Starbuck was a mate on the Pequod in Moby-Dick.  When Howard Schultz’s co-founder Gordon Bowker was brainstorming with his colleague, they agreed that “ST” words sounded cool.  They hit on an old town called Starbo, which made Bowker come up with Starbuck from Moby-Dick.

The German is “the people’s car.”  Not a bad name for a car, and to English speakers it just sounds like something powerful and maybe vaguely sinister.

Duane Reade is a pharmacy in Manhattan, a subsidiary of Walgreens.  Its first location was between Duane and Reade streets.  On the one hand, the name gave people a pretty good idea of where to find them.  But there’s a whimsy and resourcefulness in naming your business after contiguous streets.

Ikea is the Swedish word for meatballs and furniture.  Err…it could be, right?  If they had a word for that, which they will in a couple of years.  Anyway, IKEA starts with the initials of its founder, Ingvar Kamprad.  Add to that the EA of Elmtaryd Agunnaryd, the hometown of Kamprad, and you have a word people like to say.  Whatever you buy from a place pronounced eye-kee-yuh must be bright and vibrant, right?  I don’t recommend the meatballs.

Here’s a question for you. Would you buy a product called Play Wells?  Playwells?  If you like to eat Snackwells cookies, perhaps.  Otherwise, perhaps not.  And yet this very product was probably a big part of your childhood.  Lego comes from the Danish leg godt, meaning “to play well.”  The more you know.

Take National Biscuit Co., chop it up, and put it back together, and you get NABISCO.  Rhymes with disco.

Your business means a lot to you.You started it.  You may have even conceived of the entire concept. It may be, in many ways, original to you.  One … END_OF_DOCUMENT_TOKEN_TO_BE_REPLACED

SEO and social networking best practices to increase your traffic. Building and developing your blog or website (click here to see how this works … END_OF_DOCUMENT_TOKEN_TO_BE_REPLACED

In this day and age, cyberattacks are a real threat. Businesses, both big and small, are vulnerable to malicious activities, yet only the wealthiest … END_OF_DOCUMENT_TOKEN_TO_BE_REPLACED