Home / Blog / Small Screens and Other Mistakes Made By Steve Jobs 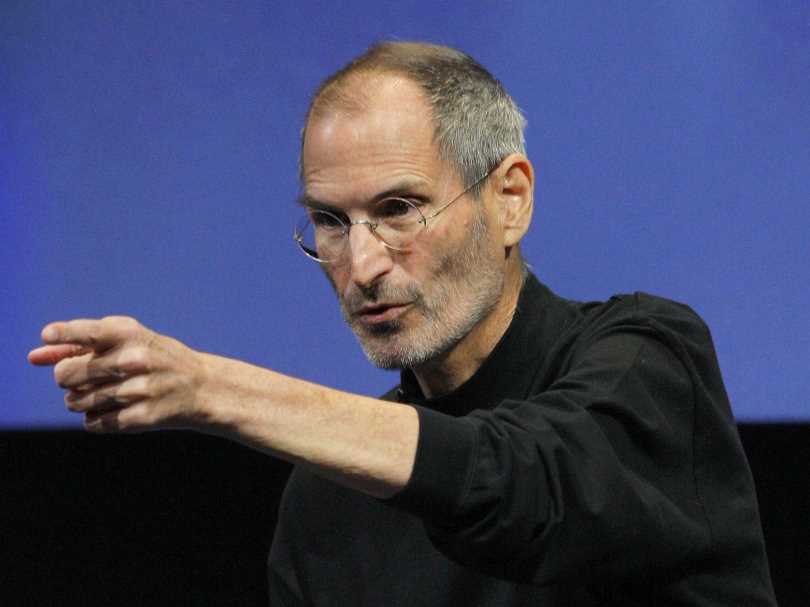 Jobs learned from his mistakes as well as anyone.

Steve Jobs is well-known for claiming that no one would ever want a phone with a large screen.  This misjudgment is an irony that people in the business press and other business communities love writing about.  It definitely shows that no one is perfect, not even one of America’s most beloved innovators.

There’s nothing wrong with being wrong, particularly when we know that being contrary, looking into strange avenues for the answers, is necessary to be, not just a guy behind the desk, but a truly successful businessman.

Jobs developed the iPhone at a time when smart phones had little keyboards and when the BlackBerry was still a major player.  The conceit then—2007—was that phone screens were going to be thin and petite.  In fact, Apple was actually a pioneer in “big” screens with their 3.5-inch model.

Apple was a leader and was doing just fine, but when subsequent releases came out, sales sometimes sputtered, with customers reporting they were in search of slightly larger screens.  After Jobs’s death, Apple went to screens as big as the completion, up to 5.5 inches, with hefty sales underscoring the idea that raising screen size was the right idea.

If you know anything about Richard Branson, you know he celebrates failure.  Jobs, too, had a spirit of adventure and experimentation, often giving speeches in which he gave impassioned pleas for his audience to follow their hearts.  Entrepreneurs gamble, which means that gambles that don’t pay out are all part of the experience, they just put the pressure on you to make up for them.

In Jobs’s case it was The Apple III and The Apple Lisa, named after Jobs’s daughter, yet with a tech-sounding name as well, meant to justify it: Local Integrated Software Architecture.  Lisa registered each piece of software you ran on it, keeping it from being used on any other machine.  An idiosyncratic machine to be sure, and yet one can draw a through-line from her to the Mac.

In the late 80’s, Jobs tried shopping his company, Pixar, to multiple buyers—including Bill Gates—at break-even prices.  Only later would he sell it for much, much more—billions—to Disney.

MobileMe was a bundle of services that would later become iCloud.  Upon its rollout, it was poorly received, with a spate of malfunctions and bad customer service.  Looking at the available information, it’s fair to suggest that Jobs was only partially in the loop at the inception of the software, not able to clearly articulate its purpose.

He held a meeting of the entire Apple staff at which he throttled them, and would later freely admit the mistakes the company had made with the product.  It refined it and moved on.

In some cases, Jobs was able to rectify his mistakes, and in some cases they were revealed as such only later, in some cases after his death.  Some of the decisions he made that don’t stand up to hindsight weren’t mistakes of the genius variety, and they didn’t all turn gold.  But many of them were steps on the path to profits and to better products.  At any rate, they show that shortcomings are a necessary part of business and innovation.

Business owners in the retail industry know how hard it's been in America lately because of the first pandemic in over 100 years. With Covid-19 … END_OF_DOCUMENT_TOKEN_TO_BE_REPLACED

Your business means a lot to you.You started it.  You may have even conceived of the entire concept. It may be, in many ways, original to you.  One … END_OF_DOCUMENT_TOKEN_TO_BE_REPLACED

SEO and social networking best practices to increase your traffic. Building and developing your blog or website (click here to see how this works … END_OF_DOCUMENT_TOKEN_TO_BE_REPLACED