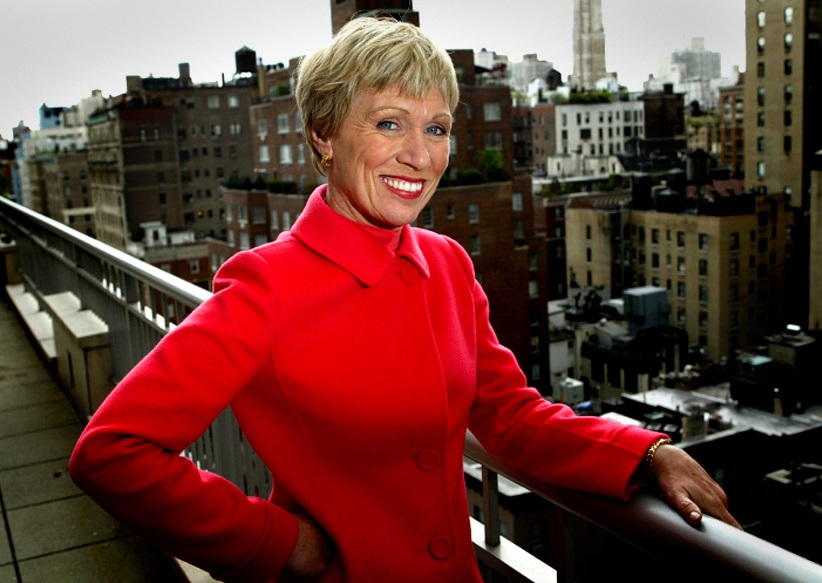 Corcoran is the Ultimate Self-made Woman.

We all have trouble with a school subject or two, and not getting certain material can be frustrating.  But know this: millionaire entrepreneur Barbara Corcoran didn’t know how to read until the seventh grade.  Yes, Bill Gates made his fortune without graduating college, but in Corcoran we have a woman who went from suffering such severe dyslexia until her adolescence to becoming a successful and sinfully rich superstar.  In her we have a classic odds beater, an overachiever who never has to answer questions from anyone.

In fact, in her capacity as shark on the TV program The Shark she gets to ask the questions.  So how did she do it, aside from selling obscene quantities of real estate?  Let’s take a closer look at how to think and act like Barbara Corcoran.

Get While The Gettin’s Bad

Corcoran made her fortune during the harsh recession of 1987.  She was in debt and went into debt to invest more, ultimately making a million in one weekend.  The opportunities aren’t as scarce as one might think during hard times.  Some are still available due to others feeling reluctant to try to seize them.

Corcoran’s million dollar weekend came from an audacious leap she took while the world was in a financial slump.  She bought up a slew of apartment buildings and advertised them all together as a finite quantity, thus creating demand.  That started the snowball effect.

Corcoran says her every business success is an explicit attempt to make up for her insecurities from childhood.  She’s constantly trying to prove herself.  That may sound unpleasant, but it gets the job done.  Ultimately succeeding, whether to compensate or not, means not having to feel inadequate anymore.

Walk it Don’t Talk It

Say you don’t know a lot of lingo or the Harvard Business school way of doing things.  You may be thinking a lot like Corcoran already.  As one might expect, she doesn’t have an academic approach to business and doesn’t even understand a lot of the jargon.  She tends to tune Shark Tank contestants out when they let loose with too much of it.  As you can see, Corcoran is the original shark, and her business wins have almost all come from taking big risks.  Her style is gritty and down to the bone, feeling her way through using lessons she’s learned in all phases of her life.

With no Harvard Business School to help her, Corcoran instead called upon lessons from her mom for leadership lessons.  The family of Corcoran’s childhood—in Edgewater, NJ—was ten kids strong, in need of some serious management.  Plenty of ideas rubbed off on Corcoran, and she ultimately developed a style of wanted to be beloved and to supply some fun to her staff.  One detail is giving little ribbons to high-performing employees, as though they were prize dogs.

Corcoran’s way of planning is very visual.  She visualizes future actions and plans rather than drawing them out with graphs, using statistics, etc.  It’s part of Corcoran’s overall intuitive way of managing, fitting in with her style of doing what makes sense to her rather than to someone else.

Corcoran is the epitome of the self-made woman, someone who acts on her instincts and takes risks.  There’s a lot in her that can inspire.

The outspread of Covid-19 has proven problematic for businesses worldwide. Many had to shut down operations because of prevailing losses, while others … END_OF_DOCUMENT_TOKEN_TO_BE_REPLACED

Getting a promotion or gaining extra qualifications should increase your earning power, so why does your budget seem to take a hit every time you take … END_OF_DOCUMENT_TOKEN_TO_BE_REPLACED

Access to capital is a big problem that entrepreneurs face when starting their business. Although there are other issues involved when launching a … END_OF_DOCUMENT_TOKEN_TO_BE_REPLACED