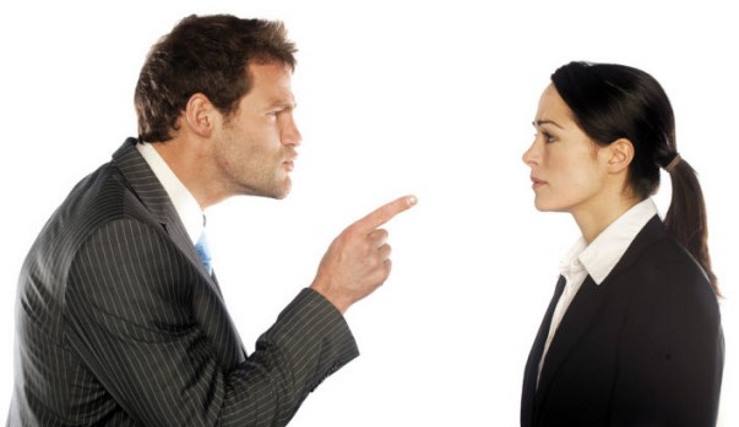 When you were a kid, your mom or dad probably yelled at you for leaving the light on in your bedroom when you were went to the kitchen to make a sandwich.  He or she may have said “when you grow up and have your own house you can keep the lights on.”

I bet you vowed to yourself you’d never uncork a similar mind-numbing cliché on your kids.

In your capacity as the CEO of your own firm, the same principle should hold true, even more so.  Some of the biggest clichés of people in authority (“because I said so”) are infamous and rightly hated for that reason.  But the irony is, we often find ourselves using them anyway.  One of the reasons only too many people utter these odious phrases is that they’re easy.  They seem to be one of the first things people think of when exasperated.  But the lousy sentences and the principles behind them will get you nothing but (well-deserved) low morale in your crew.

If there’s a good chance your staff will need to know a particular piece of information, just tell them up front.  Think about the reason you want to keep employees in the dark, and if they amount to nothing more than you just feel like it and don’t want the complications, divulge the information.

Now, here’s the caveat. You may not be saying this in a fit of egomania or sheer arrogance.  What has driven you to something like this may be a very stubborn or even insubordinate employee.  It may be time to put your foot down.  But you have to explain why your way is better or why your employee is over-stepping bounds.  Saying “I’m the boss” makes you sound like a McManager and effectively gives your charges more reason to try their shenanigans.

3. “Doris and Ricky never had a problem with this.”

If Ned has a problem with a policy or directive, telling him that other employees, past or present, never had a problem, runs into a few objections, all from Logic 101.  First, you’re making an appeal to authority, possibly a faulty one.  Maybe Ned thinks Doris and Ricky are not too bright.  Maybe he knows they did have a problem with it and just kept it to themselves.

Secondly, you may be making a bad analogy.  There may be something very different about Doris and Ricky’s circumstances that explain why they don’t have a problem with a particular thing.

And finally, comparing someone negatively to someone else is taking a low ground, resorting to cheap motivational techniques, namely shame.  Is that how you want your business to be run?

Well.  Perhaps you meant you have a pressing deadline, so you’ll need to get back to Ned in a couple of hours.  Maybe you have time to talk about it, but not as long as you’d like—let Ned make a few points and then say you’ll have to get back to him later.  And then do your best to be the one to initiate the continuation of the conversation.

Maybe they don’t.  Either they’ll realize that or they won’t.  Don’t let them hear this sort of sour grapes attitude from you.  It will undermine a lot of whatever good things you’ve done for Ned, Doris, and Ricky to make them so lucky.

Although there are tons of incredible leaders and CEOs out there that strive to put their marks on the world, most of them live without much … END_OF_DOCUMENT_TOKEN_TO_BE_REPLACED

By Brett Shapiro Do you fear startup failure? As an entrepreneur, you should understand that failure is nearly inevitable. Failure might come in the … END_OF_DOCUMENT_TOKEN_TO_BE_REPLACED

Money is crucial to success in any venture. Indeed, new entrepreneurs often have to focus on raising capital just to get their new organizations off … END_OF_DOCUMENT_TOKEN_TO_BE_REPLACED