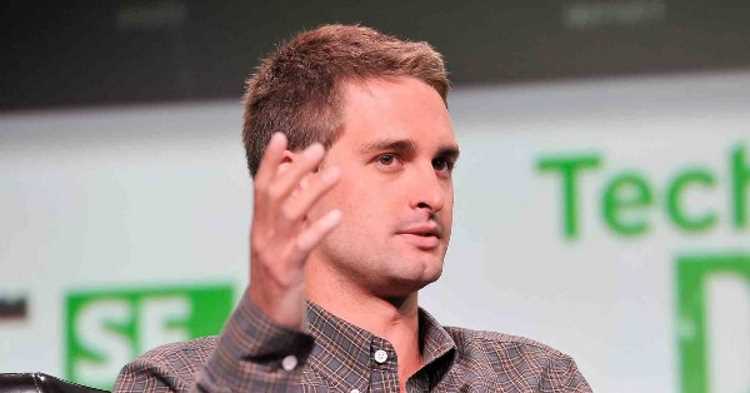 What to make of Evan Spiegel? He’s not a rags to riches story, and he’s not a geek-turned-millionaire. Does one look at him and just hate him and envy him, or does one jump on board, enjoying just a little vicarious living? There’s a lot to dig into with admiration if one is so inclined.

Spiegel grew up well off in Los Angeles, the son of a pair of lawyers, living in a mansion. As a high schooler, he landed a plum gig as a marketing intern for Red Bull. And what he was really known for was being a partier. One bash he threw at his father’s house drew a crowd of 300. He was also a big spender—of his parents’ money—who often got himself into trouble due to his expensive tastes.

But his LA socialite days were interrupted by his college life at Stanford. There, he found mentors and learned how to get capital for startups. He needed an idea—and he had one: disappearing photos. With his buddy Reggie Brown, he developed Snapchat.

Snapchat is a phone app that allows you to send pictures to friends and then have those photos self-destruct. That way you can embarrass yourself and others and share the visuals, yet not have to worry about looking like a fool in front of the wrong people. You don’t have to worry about the pictures growing legs and staying on the Internet forever.

Not surprisingly, it was a hit, racking up, by January of this year, roughly 40 million users. This throng sends 400 million photos and videos each day, which matches Facebook and Instagram uploads—combined. Like many successful ventures, Snapchat has something behind it. Rather than being merely usable or interesting, it speaks to a particular ideology.

That ideology is one of privacy, of trying to control one’s technology, using it to share what one wants without it making you miserable later. Various forces of shaming have manifested themselves, and Snapchat aims to help some users fight back.

Last winter, Spiegel told the Huffington Post, “It would be better for everyone if we deleted everything by default and saved the things that are important to us.” The unimportant stuff is sometimes known as ephemera, and Spiegel has turned it into ephemeral social media.

Befitting a company selling a throw-away service, the company maintains an anonymous office in L.A. They’re now up to roughly 35 employees, with no interest in selling.

Spiegel, just 23, still lives with his dad, and doesn’t seem in any hurry to leave.

He’s been called arrogant by some, including Mark Zuckerburg, the Facebook guru. The story is that when Zuckerburg wanted to meet to discuss some ideas, Spiegel told the slightly older but much more experienced Internet whiz he could come down to L.A.

What happened a few days, ago, though, really thrusts Spiegel into the role of a very young upstart who’ll have to quickly learn how to deal with scandal. Several e-mails sent by Spiegel in his fraternity days made a pretty big splash for being sexist, including descriptions of urinating on women and shooting lasers at “fat girls.” Typical college-aged boasts of sexual exploits and and similar vulgarity. However, in 2016, Evan Spiegel and supermodel girlfriend Miranda Kerr announced their engagement (via Snapchat filter) and Miranda said that Evan always had good night message for her.

Certainly, this sort of leak is the kind of thing Snapchat exists to avoid, so there’s an irony. But no one said one gets be rich young by being classy or exceptionally mature. For now, Spiegel will remain a bit of an enigma, someone to follow and watch. He’ll have his ups and downs, and may eventually generate some sage advice for those who’d like to follow in his footsteps.

Technology has changed the way businesses operate and the increasing use of data is yet another way in which tech is revolutionising industries. Now … END_OF_DOCUMENT_TOKEN_TO_BE_REPLACED

In the growing internet of things, security is becoming a much more serious concern for businesses. Nowadays it feels like everything is connected to … END_OF_DOCUMENT_TOKEN_TO_BE_REPLACED

If you are an international student studying abroad, it can often be a rough experience. You are in an unfamiliar setting and are away from your … END_OF_DOCUMENT_TOKEN_TO_BE_REPLACED