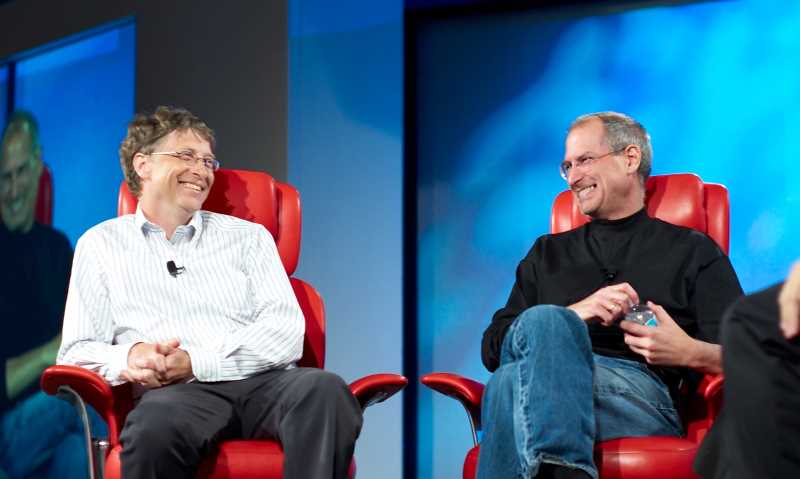 It’s a paradox. Entrepreneurs—quite rightly—set out to be unique, innovative, ground breaking. They try to see what others don’t and to introduce ways of doing things that might be considered quirky or even foolish. Yet while these renegades do a lot of things that are, in their particulars, unique and counterintuitive, that doesn’t mean there aren’t commonalities among their habits and ways of being.

We’ve analyzed the work habits of many great entrepreneurs, and report our findings here.

You’ve heard it over and over, and it’s true. Whether the businessman in question is Howard Schultz, Sean Parker, or Richard Branson, many of the most successful entrepreneurs have a rock and roll attitude. We know of Branson’s famed defense of failure, and there’s probably something in many top entrepreneurs that blocks out fears of not doing well, that has an agenda other than just filling a bank account. There’s a rebelliousness, a will to have fun being a crank or a maverick, and that often leads to big money.

Josh Cramer, CEO of FullStack, is a big believer in ongoing and constant learning. He says he seeks out opportunities to learn outside his area of expertise. While everyone wants to be the smartest guy in the room, Cramer endeavors to not be.

Steve Case, AOL founder, recently told Georgetown University graduates, “keep learning, be curious, be flexible.” It’s an important point because while gaining new knowledge appeals, on the surface, to most people, not everyone has the flexibility to implement new ideas.

There are a lot of talented people out there. There a lot of pretty good business ideas, and even some pretty good businesses. But to have a business that is a lot better than good, you need amazing focus. Along the way, there will be some ups and downs, even after some initial successes. There will also be distractions, and times when you feel you’ve achieved enough, that it’s OK to pack it in. Like Ulysses telling his men not to untie him from the sails when he longs to respond to the Sirens’ call, tell yourself in advance to ignore the distractions and their call.

It’s not all about playing cowboy and taking risks. Something as mundane as being a diligent planner of each work day happens to be a habit of highly successful people.

A few things an entrepreneur has to sacrifice includes job and income security, and in a similar vein, solid and ample savings for retirement. Money a person might like to keep in funds very well may end up invested in a business. Also, of course, a lot of fun activities, free time, and relaxation. An entrepreneur also has to sacrifice a stable schedule, and in a lot of cases, sleep.

What the successful entrepreneur understands is that this is all part of focus. It’s part of knowing that sacrifices of now will pay off later—very rich people, for example, have plenty of free time.

Again, there are as many approaches as there are entrepreneurs. The particulars of what a business owner does can differ greatly, but there are commonalities, and these are important to keep in mind.

Are you wanting to learn all that you can about how to make your presence known on the internet? Looking for ways to get in front of your target … END_OF_DOCUMENT_TOKEN_TO_BE_REPLACED

Pharmacies must find a way to compete with other businesses in their industry. More comprehensive assessments of the business and how it operates … END_OF_DOCUMENT_TOKEN_TO_BE_REPLACED

Gaming is a hobby that so many of us enjoy, but depending on the style of game we play, and how seriously we take our hobby, it can get a little … END_OF_DOCUMENT_TOKEN_TO_BE_REPLACED