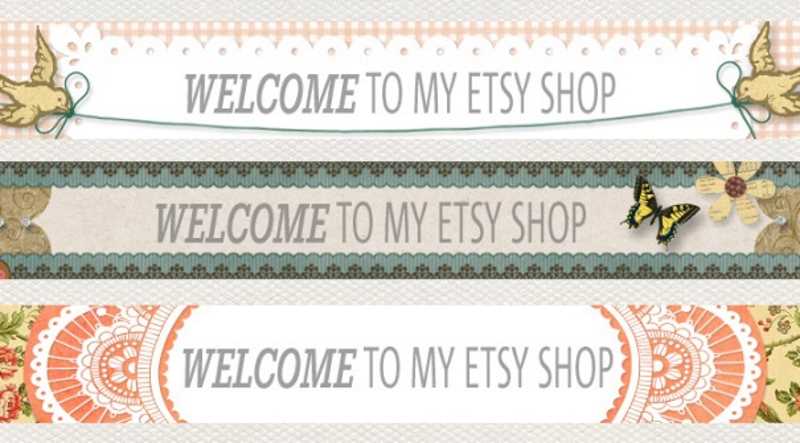 Etsy was once dubbed “the quirky aunt of e-commerce.” It’s not an up-and-coming phenomenon, a new trend, or a well-kept secret.

But in 2013, $1.35 billion dollars’ worth of items were shipped on the site, which means its life is still in full swing.

Sellers on Etsy have unique ideas with little niches. They handcraft bowties, scarves, boots, wedding invitations, wind chimes, you name it. The entrepreneur lists it on Etsy, crafts it, and ships it. Some folks make their lively solely via their Etsy store, some use it as a stop-gap while unemployed, and some place their Etsy income next to their spouse’s salary.

What Etsy shows us is that while nanotechnology, robotics, wearable internet and other ultra-modern wonders are on the rise, we still live in a world with a market for items with heart, homemade crafts that are the passion of an individual.

An architect named Angie Davis, after being laid off, opened up an Etsy shop selling iPod cases. She told the New York Times that during the holiday rush she brought in the equivalent of her former salary in under a week. Caroline Colom Vasquez pulled in $120,000 in 2008 selling wood collectibles geared toward weddings. If you’re willing to put in long hours, sometimes really pushing yourself, the money can be there. And pushing yourself is nothing new for one who runs a home business.

Listings start at a painless 20 cents, with 3.5% of sales going to Etsy. That gives you 5 photos. The site also includes teams devoted to particular interests, pooling and grouping listings and providing advice from forums.

A lot of people have made mistakes trying to get their Etsy business off the ground so you don’t have to. You’re at the helm here, with the ability to make all the decisions, all the profits, all the mistakes, and all the losses. As with other home businesses, your status as the whole company, as a bit of a novice with your product and with selling in a particular environment doesn’t have to mean you do an amateurish job.

Here are some things to keep in mind when fashioning your listings.

You give your item a title and that shows up in the URL for the item’s listing. You have five words, so make them direct and to the point, naming the item. Don’t use the words on superfluous adjectives or anything that doesn’t tell the user what’s what.

Etsy gives you keywords that will help customers find your wares. It’s been proven that they do indeed help, so don’t be shy with them. Describe your product from a few angles, “ceramic,” “deco,” “ash tray,” “home furnishings,” “1960s retro” etc.

As with any other home business, the devil is in the details. There are a lot of things that can cause a photo of your product to come out blurry, half-shadowed, too bright, etc. But just as you’ve put all the fine points on your craft, you have to be careful with all the details of the photos—treat the pics as part of the craft itself.

If you’re lucky enough to have orders rolling in, be sure not to take more than you can produce or ship quickly. You don’t want bad reviews tripping you up before you’ve gotten started. As with any other home business, let things build gradually.

Etsy, like any other entrepreneurship, is difficult. In 2014 as ever, you get out of it what you put into it. You do have to throw your energy and effort and time into it, but selling on Etsy remains one of the best businesses to run from the home.