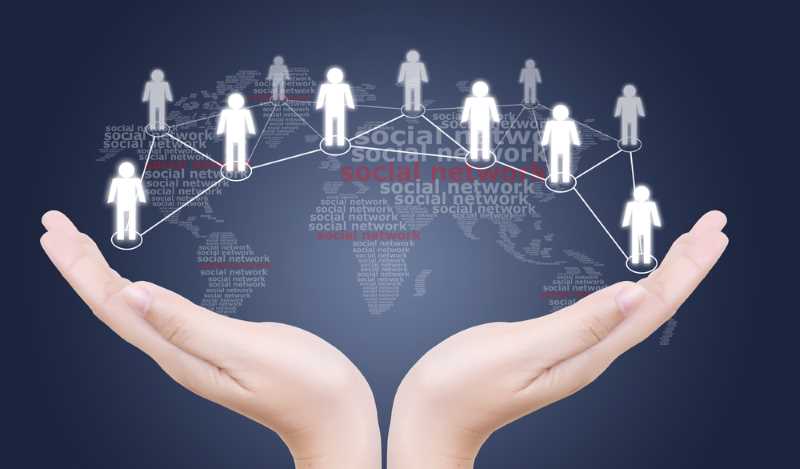 It happens so often. A small business owner tries to build and expand the business online. He or she proceeds to invest significant time, effort, and money in the process, and yet for all of the investment, little, if not nothing, is generated in return.

Can you identify with this? Did you ever wonder why your online marketing efforts just aren’t working out? Where are you going wrong?

Before I go on, let me offer a bit of a disclaimer for anyone who’s coming to this site for the first time: I’m not an Internet marketing expert. There are plenty of people out there who can help you with your online marketing strategies (and I’ll point you to a few really good ones in the post below). But, at the same time, I can’t help but see certain patterns.

I’ve found that the vast majority of the time, business owners fail to make money or generate quality leads online because they are making one simple mistake, and this is a mistake that is common to businesses both big and small. But, once you understand it and recognize it, it will change your whole perspective, and you’ll have the key that will help you beat even the big boys in your niche.

Several years ago, The Washington Post conducted an experiment in perceptions. On a cold January morning in the middle of morning rush hour, a nondescript man carrying a violin case entered the L’Enfant Plaza Station in Washington, D.C. Among the bustle of people heading to work, he found a place against the wall in the main plaza, took out his violin, and threw a couple of bucks into his violin case- seed money. For the next 43 minutes, while over 1,000 people hurried by, the musician skillfully played some of the most exquisite classical pieces ever written.

When he had finished, he bent down to count his earnings- $32.17 in total. That not may seem so notable except for the fact that merely three nights before he had earned over $115,000.00 per hour.

The musician was actually Joshua Bell, a world-renowned virtuoso, who three nights prior had sold out over 2,300 seats at Boston’s Symphony Hall- seats that cost on average $100 dollars a piece.

The Washington Post was interested in knowing how many people would put a pause on their morning rush to listen as well as how much Joshua Bell would earn for this impromptu performance. The article itself is pretty long, but take a look at the videos. Hardly anyone stops. Only at the end does he manage to draw a “crowd” of about four people.

The question is why didn’t more people stop?

I know that Neil Patel from QuickSprout uses this story to illustrate the concept of “frames.” That in the frame of a world-renowned violinist, Joshua Bell is able to make over hundred thousand dollars an hour. But as a street musician, he is only worth 32 bucks.

I want to take it from a different angle, though.

Humans are coded in such a way that we immediately zone in on the things that are important to us, while filtering out all the noise and distraction. If we didn’t do this we would just be overwhelmed by all the sights, sounds, smells, and other sensations that enter our range of perception at any given moment. The problem is that these days there’s a tremendous amount of noise clamoring for our attention, and as time goes by it’s getting worse. The result is that people have to work extra hard to zone in on the things that matter the most to them. It’s a survival reflex.

A Matter of Focus

Imagine for a moment that you are looking through a lens. When you peer through a magnifying glass, a pair of binoculars, or a microscope, you are focused only on those things in a very defined visual field. It’s not that other things outside of this area aren’t important. It’s that you can’t really physically see them- everything else is in the periphery

So why didn’t those people stop? Because they were too focused on getting to work or going about their day; it’s not that they didn’t have the ability to appreciate Mr. Bell’s performance (in fact, according to the article, many probably did); it’s that they couldn’t. His performance was in their periphery. On the other hand, those who laid down $100 for a ticket at Symphony Hall were already committed to listening. They are specifically showing an interest in his talents. In other words, they had their lenses trained on him.

The take away here, is if you want to be seen online, then it’s more than just physically putting yourself or your message in front of X number of eyeballs; you need to put yourself within the areas that they are already focusing on. Once you’re there, once you’ve gotten them to take notice of you, then you can point them to other things. (It’s why building up an engaged subscriber list is so important. These people are already invested in you and will thus be more receptive to anything you have to say. (See Danny Iny’s Firepole Marketing for more information on doing this properly.)

If you truly understand this then it will totally change the way you market online. The goal then becomes finding out what things your target audience is focused on, and making sure that you are talking about those very things, and doing it in the places and the mediums where these people will be the most receptive to them. Most people trying to market their business online leave out one or more of these elements.

Here are some examples of what I mean…

Realize that there is a growing ad blindness epidemic affecting just about any form of online advertising there is. According to Peter Sandeen, even things like the guarantees you offer on your products and services are susceptible these days.

It’s a fact that you can probably see in your own surfing habits.

But, how do you combat it?

You Can’t Just Work Hard Online and Expect to Succeed; You Need to Also Work Smart

This may sound counter-intuitive, but the fact is that the biggest A-list bloggers and online experts, the most successful affiliate marketers and e-business owners in any given niche aren’t necessarily those who know the most about their topic. They don’t necessarily have the flashiest ads, the slickest websites, the most original ideas, and they don’t spend gobs of money buying traffic, either.

What they all do have though is a knack for putting the right content and messages in the right places. They know where to go to get highly targeted traffic to their sites and landing pages, as well as what content should greet these people when they get there. They recognize that to succeed online you need to know how to get the right kind of people to your site. It’s not just about numbers, it’s the quality of those numbers that matters more.

Knowing this you can understand why so many people talk about building and leveraging online relationships and guest posting on other sites. What you are really trying to do is squeeze yourself into the lens that these top bloggers and business people have already built around themselves or their business. Once people start to take notice, then you can go about giving them reasons why they should continue to look your way.

Now, I will say that if you are exceptionally remarkable then there is a chance that people will stop to pay attention to you even if you haven’t fully optimized your message nor put yourself in the most opportune place. But while I believe that we are all remarkable in our own way, it may not always be apparent on the surface. You’ll have a much easier time trying to put yourself where they are already focusing, and make a targeted and valuable offer, rather than trying to pull their attention from other things.

How to Beat the Big Boys< One last point... Realize that many of the big powerful brands, don't get this. They carry out extensive campaigns on Google AdWords, make efforts to get the top results of popular keyword searches, or put their ads on sites that are getting tons of traffic. Many even have social media profiles. But they're really just playing the numbers game: get in front of enough eyeballs and some people are bound to become customers. It's not efficient, but they have the resources to do it this way. Here, however, is where they are vulnerable. Because, at its essence, this is still old school advertising on a platform and in a generation where many of the old school rules have changed. If you understand the principle mentioned above and you figure out how to make your target audience see you, then you can end up with a much more engaged and focused following for only a small fraction of the cost and resources that your big business competitors are expending. In short, successful online marketing is a matter of focus and perspective. You don't necessarily have to hit people over the head with your promotions and other material, but you do need to speak their language in a way and in a place that they can hear it. Otherwise, you’re just wasting precious time and money.

Your business means a lot to you.You started it.  You may have even conceived of the entire concept. It may be, in many ways, original to you.  One … END_OF_DOCUMENT_TOKEN_TO_BE_REPLACED

SEO and social networking best practices to increase your traffic. Building and developing your blog or website (click here to see how this works … END_OF_DOCUMENT_TOKEN_TO_BE_REPLACED

In this day and age, cyberattacks are a real threat. Businesses, both big and small, are vulnerable to malicious activities, yet only the wealthiest … END_OF_DOCUMENT_TOKEN_TO_BE_REPLACED