Home / Blog / Go to College or Start Your Own Company?: Is Now a Good Time to Start a Business? 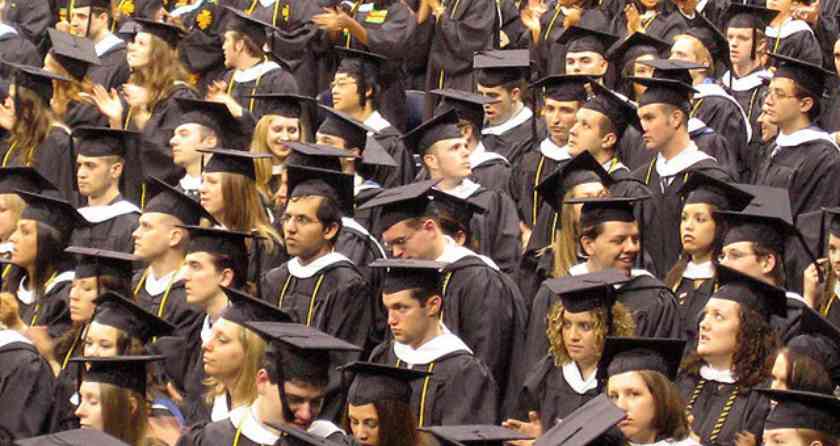 Whether you’re a recent high school graduate, a laid-off worker contemplating your next career move, or an employee with no job security, at some point or other you may have asked yourself the question: should I pursue a degree or start my own business? These days, the answer may not be so simple.

Regardless of what any “experts” or counselors will tell you, if you currently find yourself standing at a crossroads (or an unexpected dead end!) in your professional life, deciding which career path to take is a highly subjective decision, and it is one that carries significantly more weight then it did even 5 to 10 years ago.

Below is my attempt to offer a few considerations for those who are unsure about what they should be doing now in their professional lives.

One of the biggest arguments for not going about starting on your own company (and instead looking for other ways to increase your earning or hiring potential, such as going to college,  completing an online bachelors degree, or attending some kind of re-training program) is that the current economic climate is a highly unfriendly one when it comes to new business creation and operation.

You wouldn’t believe it though if you asked most of the Wall Street types who seem to have their heads in a perpetual, rose-colored cloud. As Lloyd Blanfein, CEO of Goldman Sachs, proudly proclaimed in an exclusive November 2009 interview, with London Times reporter John Arlidge:

[Goldman Sachs is] very important… We help companies to grow by helping them to raise capital. Companies that grow create wealth. This, in turn, allows people to have jobs that create more growth and more wealth. It’s a virtuous cycle…We have a social purpose.(emphasis is mine)

A recent study by the Kauffman Foundation seems to side with today’s economic realities which stand in stark contrast to the above statement. In the study, researchers found that since the 80′s there has been an inverse correlation between the expansion of the financial sector and traditional signs of real economic growth and prosperity, in particular new business creation. In other words, as big finance has grown and achieved more freedoms, some fundamental parts of the economy have actually remained stagnant. Where wealth has been generated, it has been concentrated on a select few, and much of it within the financial sector itself. So much for the trickle down effect.

In an attempt to explain the trend, the researchers suggest that that perhaps the financial sector has siphoned away skilled and experienced workers who would have otherwise been part of entrepreneurial efforts.

Maybe in a few select cases this has been true, but my take on the current economic realities is that the financial sector has a history of sucking up vital resources necessary to start a business in the first place, let alone operate it successfully. Today, there is less available credit, higher commodity prices, and assets have become fewer or devalued (all results that have been tied to the increasingly flamboyant machinations of the financial sector). Moreover, it has been well documented that time and time again Big Finance, together with Big Business, have also gone to great lengths to create an environment in which the most influencial American institutions from the government to education openly express favoritism towards big business and finance, often at the expense of smaller entities.

So, the bottom line to all of this is: even as the barriers to entry for starting a new business seem to have lowered (mostly due to technological advancements in mobile and location-based communications and Internet based products and services) other obstacles have cropped up. This point must be considered carefully- especially if you do not have ready access to cash or other assets. In most cases, these days it’s just harder to start a business and run it successfully and you can generally expect less support in terms of business financing and legislative hand holding.

That said, there are several reasons why some people should nevertheless seriously consider starting their own ventures. The first is the high cost of a college education combined with recessionary income. According to the results of a report published in December 2008, conducted by the National Center for Public Policy and Higher Education, college tuition and fees increased a whopping 439 percent (adjusted for inflation) from 1982 to 2007, while median family income rose a mere 147 percent. Moreover, student borrowing has seen rapid growth over the the last decade (it’s more than doubled), and finally, the study reports that students from lower-income families tend to get smaller grants from colleges than wealthier students.

Second, the job market has basically stalled, and when you factor in the number of jobs that need to be added just to keep up with the population growth, then what we are really looking at is a contracting or net negative employment situation. According to a Pew Research Center study released in Feb 2010, about 37% of 18- to 29-year-olds have been underemployed or out of work during the recession. This is the highest rate of insufficient employment among this age group in more than three decades.

When you consider that these days it seems that much of the middle class is going the way of the lost city of Atlantis and countless people are struggling just to make ends meet, then it just doesn’t make sense to take on a boatload of debt for a piece of paper that may not lead to adequate employment down the road.

So, the bottom line here is: if you are passionate about starting your own business, you have a good idea, you’ve done the research and development, and you can get the financing you need… then, you should go for it. Or, at the very least, don’t waste your time and money on a degree that promises little financial return. There are other options: get an Associates Degree, get your degree online (there are even some great Masters degree programs online), or attend part-time or night classes while your are working a lower paying job.

In short, the answer to the question “should you go to college or start your own business?” really depends on your specific situation in life. Where do your passions lie? What are your talents, experiences, and skills? What is your financial situation? Though the decision may not be an easy one to make, if you approach it correctly, then chances are good that you’ll come out on top.

Establishing and developing your online business is not a simple process. It would be best if you had a good idea in mind, and you’ll need a strategy … END_OF_DOCUMENT_TOKEN_TO_BE_REPLACED

Many healthcare professionals are looking for certified, qualified, and trusted medical billing agencies to get medical credentialing services. When … END_OF_DOCUMENT_TOKEN_TO_BE_REPLACED

Many people are skeptical about entering into the real estate industry. Real estate businesses can produce more wealth than many other companies. It … END_OF_DOCUMENT_TOKEN_TO_BE_REPLACED